Experience from over 100,000 created supplier declarations

including the eBVZH format for automatic verification exchange

Experience from over 100,000 created supplier declarations

including the eBVZH format for automatic verification exchange

The portal for online supplier’s declarations. 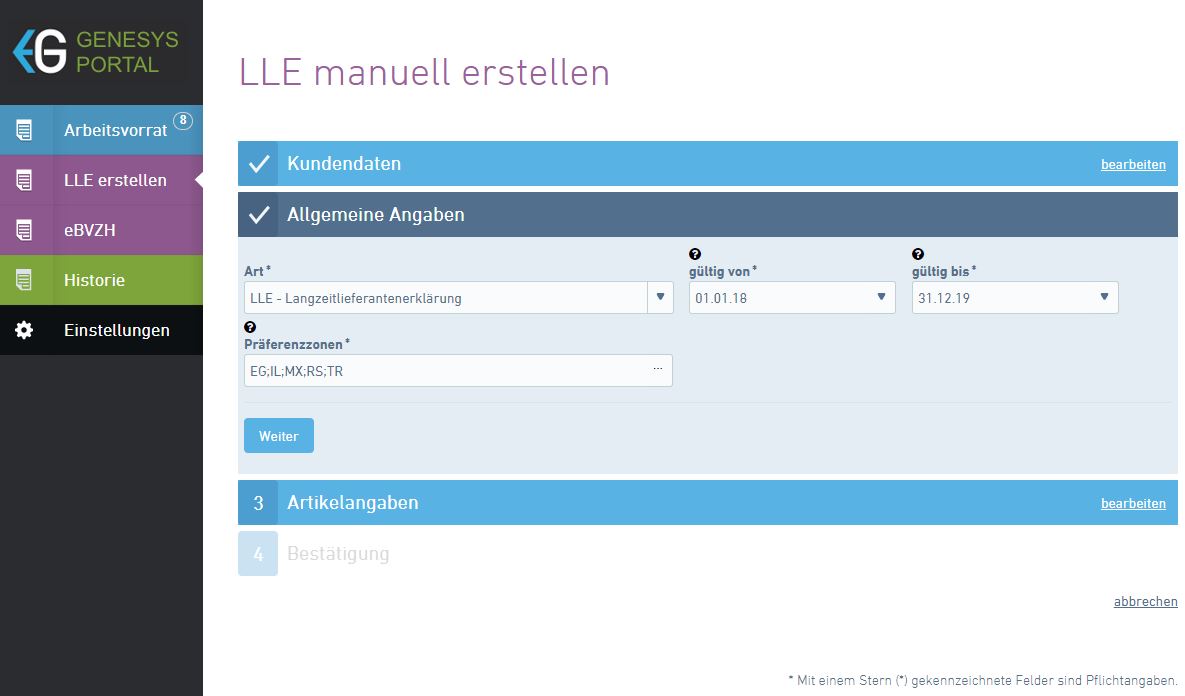 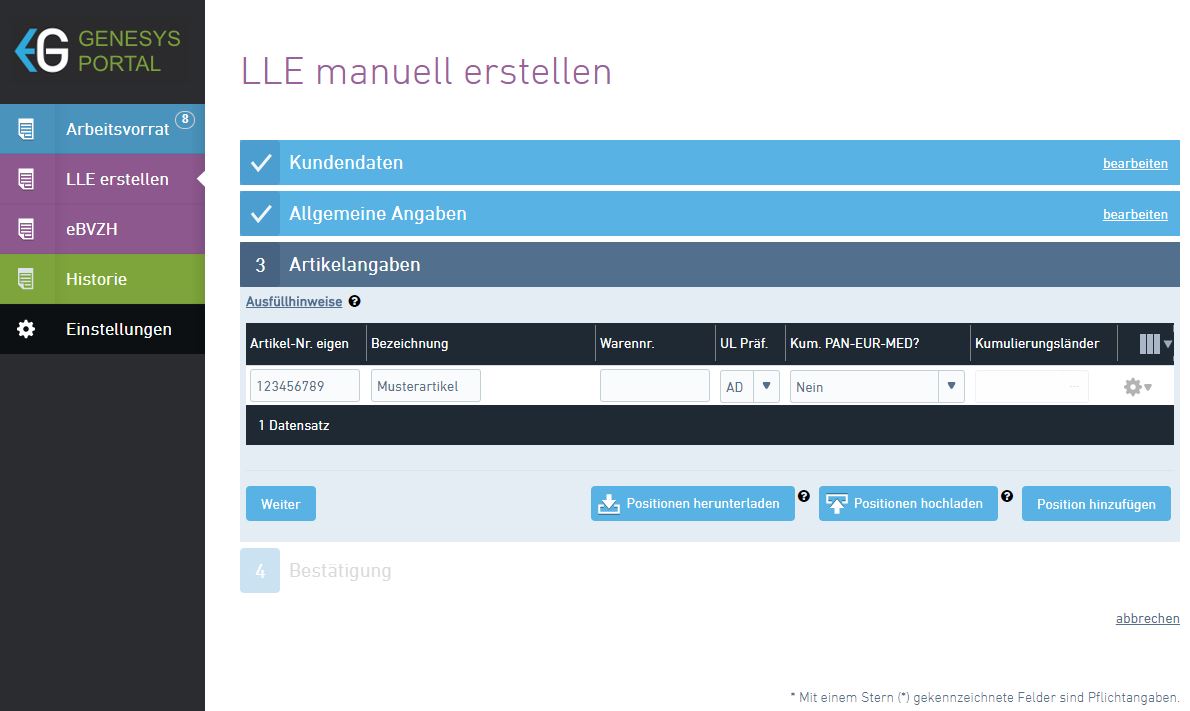 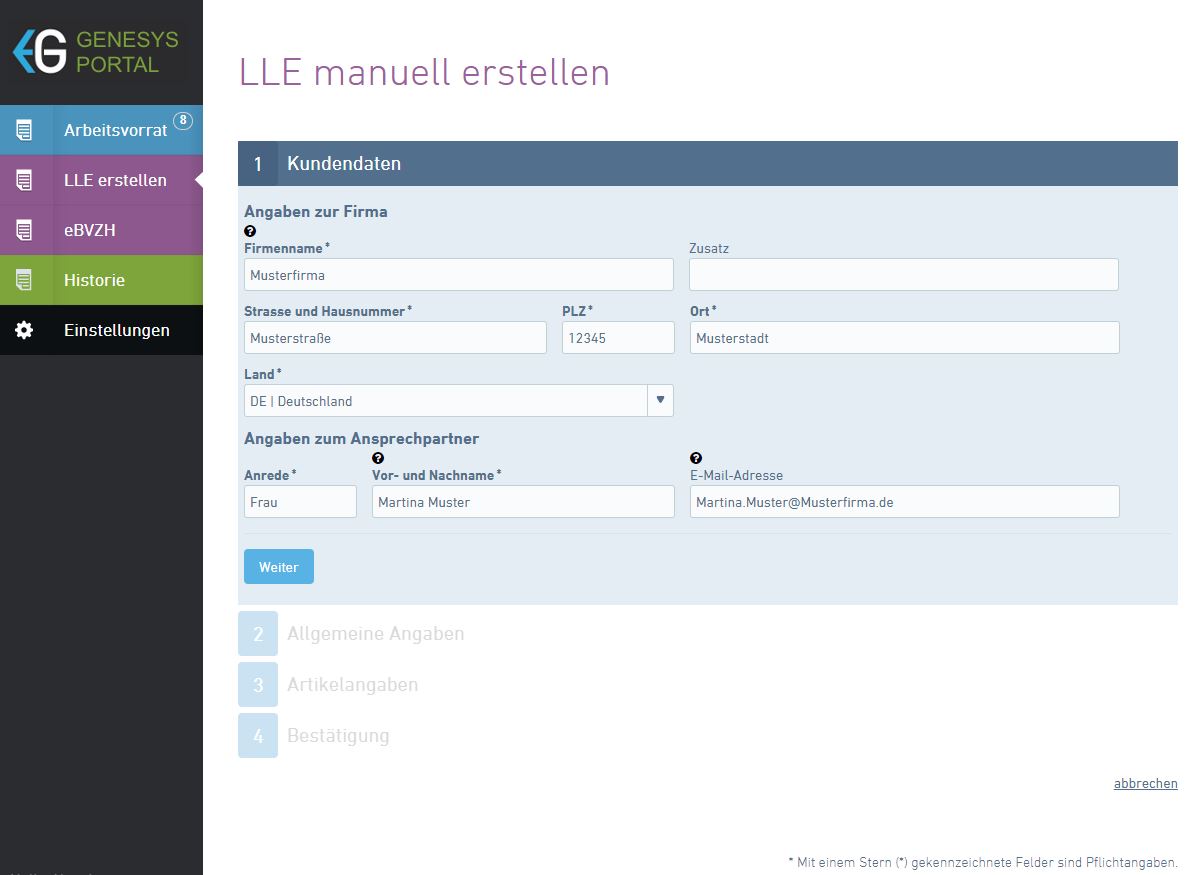 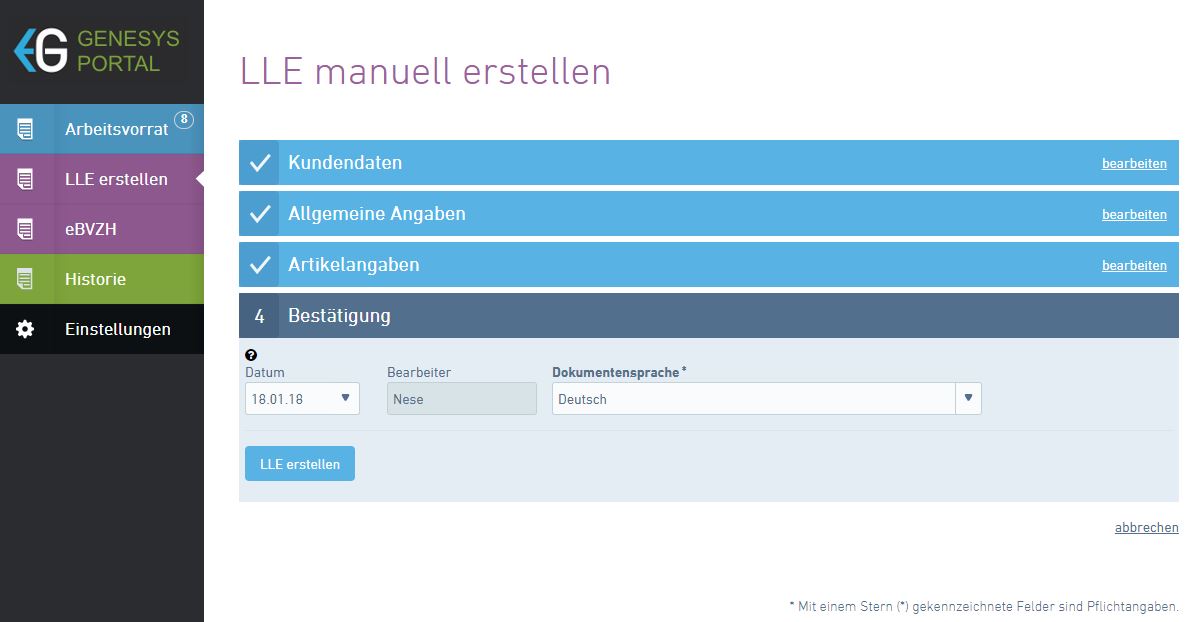 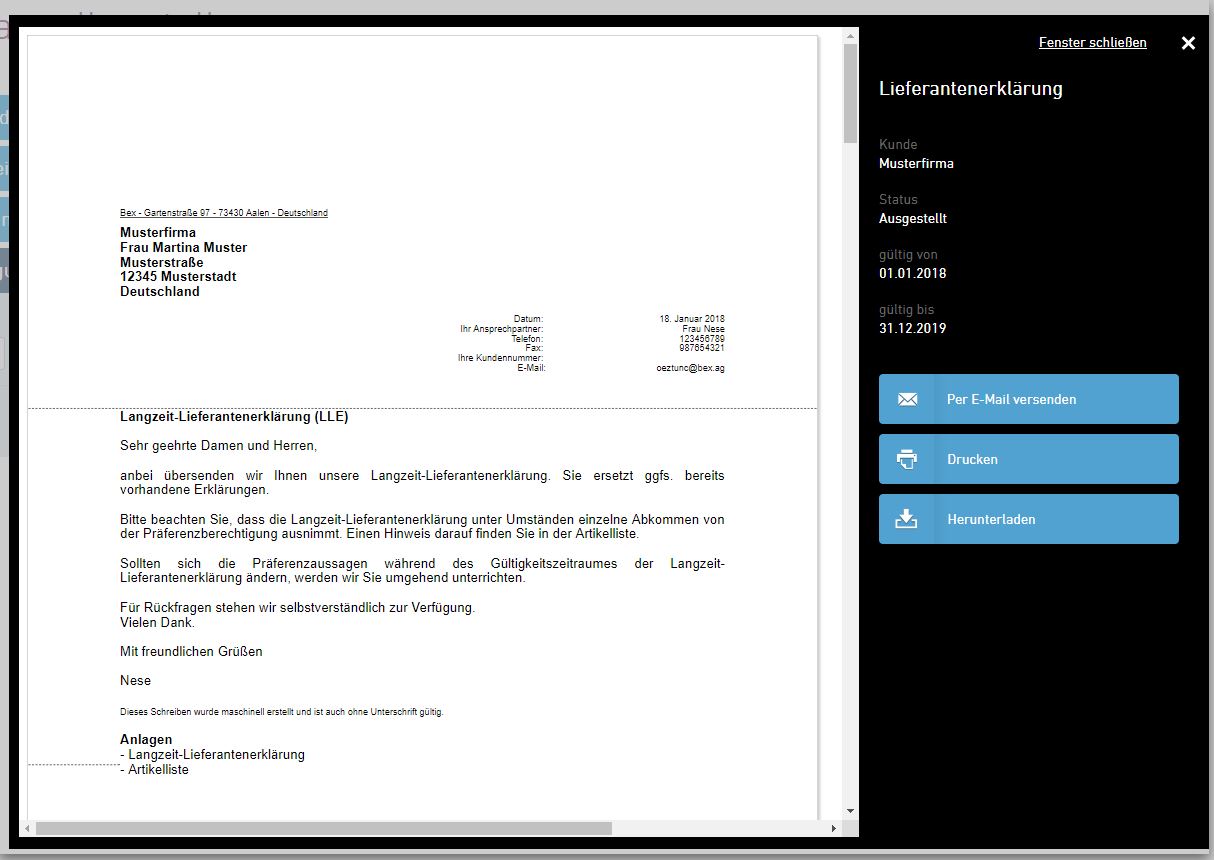 no disclosure of your data

no use of the entered data in the form

ISO27001 certified IT security of our data center

Supplier declarations are primarily required by exporting companies. Why? You can benefit from a reduced or completely waived import duty on preferential imports in a third country if there is a preferential agreement with the importing country.

To do so, however, companies must prove that the proportion of the materials used also complies with the agreed rules of origin of the agreement.

For such a preference calculation, companies now need proof from their supplier of the origin of the raw materials.
This in turn means that all suppliers of the exporting company have to issue certificates for the delivered articles.

In Europe, it is usually the heavily exporting companies, such as automotive companies like Audi, Mercedes-Benz, Volkswagen (VW) and BMW, that ask for this verification data.

In the meantime, a standardized electronic exchange format has also been established by the Federal Association of Customs Software Manufacturers (BVZH), which is also supported by the free GENESYSPORTAL version.
Thus all enterprises can exchange the proof data among themselves in simple, by machine evaluable way.

What is a supplier declaration?

The supplier’s declaration according to EU regulation 2015/2447 is a document proving the direct or indirect use of customs privileges that the European Union (EU) has contractually agreed with various countries. It serves, for example, as a preliminary document for the exporter to issue a movement certificate EUR.1, an origin declaration EUR.2 or a preferential origin declaration on the commercial documents. Also a pre-supplier can need a supplier declaration from again its supplier, if it did not manufacture the supplied commodity origin-reasons itself.
One advantage of the supplier’s declaration is that it can be issued by companies on their own responsibility and without official involvement. But this also requires great care.

Particular attention must therefore be paid to requesting and issuing up-to-date and correct supplier declarations. The wording for supplier’s declarations is mandatory and is already contained in an appropriate form, model, form or template. In addition, the special features of neighbouring European countries, such as Switzerland, must be taken into account. The customs authorities may verify the accuracy of the supplier’s declaration at any time and may request any necessary supporting documents. This includes, for example, the presentation of an information sheet INF 4, which the supplier must request from his competent customs office.

Whoever supplies a product wholly obtained or produced in the EC does not cumulate. Examples are apples harvested in France; applesauce made from them in Belgium; wood from trees felled in the Czech Republic; coal mined in Spain.

Whoever delivers goods which have been sufficiently worked or processed in the EC does not cumulate either. The processing operations that are sufficient are specified in the processing lists in the origin protocols (www.wup.zoll.de).

Anyone who supplies a product manufactured in the EC from raw material originating in a country of the PanEuroMed zone without having undergone sufficient working or processing must cumulate in order to provide tariff preferences to his customers in other countries of the PanEuroMed zone. This is because the above-mentioned raw material no longer requires sufficient working or processing because it already has (preferential) originating status. This means that it no longer has to be considered as – originating material – in the preference calculation. For which countries this possibility already exists can be seen from the above-mentioned matrix.

The cumulation note in the supplier declaration?

A supplier’s declaration issued after 19 November 2006 may include the cumulation note. This note reads:
“He explains the following:
Cumulation was applied with ……. (name of the country/countries)

However, a supplier’s declaration is always valid even without this endorsement. The only consequence is that your supplier’s declaration cannot be used for the issue of a movement certificate EUR-MED but can only be used as evidence when applying for a EUR.1. It is also unnecessary to mention the change regulations on the supplier declaration.
In supplier’s declarations which refer exclusively to other agreements (e.g. with Chile, Mexico or South Africa) the cumulation declaration does not have to be completed.
>> Amendment Regulations with amended Annexes I and II and Annexes III and IV (pdf)

What is the currently valid basis for a supplier declaration?

With the introduction of the Union Customs Code, which has been in force since 1 May 2016, supplier’s declarations must be issued in accordance with the requirements of Regulation (EU) 2015/2447 in its currently valid version.

This also includes the change regulations to be added later.

BASIC/ORIGINAL REGULATIONS (2015/2447) < > AMENDMENT/CORRECTION REGULATIONS (2017/989, …)
The currently valid basis for issuing a supplier’s declaration is still the Implementing Regulation (EU) 2015/2447 of the Union Customs Code. The basic regulations also change only rarely.
More frequent are so-called change regulations, which only clarify or change details with reference to the basic regulation. The amendment regulation implementing regulation (EU) 2017/989 of 08 June 2017 was implemented in the GENESYSPORTAL immediately after its publication on 13 June 2017.

Do I not have to sign the created supplier declarations?

A handwritten signature on the supplier declaration created in the GENESYSPORTAL may therefore not be necessary.

All right? Then let’s get started!

Use the Basic functions free of charge.
€0/Month
Start now for free